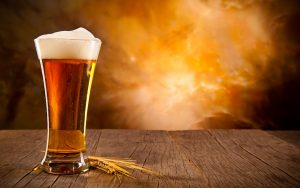 This is a much-talked-about idea in some circles, particularly in the open-source community, and generally refers to software or electronically distributed products although it also refers to such things as scholarly research. The Free as in Beer and Free as in Speech refer to the principles of what you are allowed to do with the products.

In Free as in Beer, also known as gratis, you gain the right to use the product but not to further distribute it, view the code (if there is code) or make modifications (should you want to). This will often be proprietary software (intellectually owned by someone) that is part of a freemium model, where part of a product will be given away for free in order to promote usage of the paid, full, version. A long-running example of this is Adobe Reader. Although the specifications for .pdf (portable document format) were published and made open source many years hence, Adobe distributed a free copy of the reader with every new PC and Mac at one time in order to encourage designers to buy and use Acrobat, Adobe’s software for making pdfs. This is a creative use of the Network Effect such that the more people that have access to the Reader, the more useful the creation product becomes to designers and others that want to distribute documents in a format that everyone can use.

Another freemium model mentioned elsewhere on this website is MailChimp. You can use MailChimp for up to mailing lists of 2,000 people, sending up to 12,000 emails a month for free so long as you include their ‘Monkey Rewards’ badge – i.e. logo – in all your emails. They’re very good about it and only put the badge at the end of your email in an unobtrusive place but you are, in essence, exchanging a free service for the right to use your emails as advertising space. In MailChimp’s case the premium users, who pay for larger volume and extra features, foot the bill for the free users’ use of storage space and bandwidth – the product exists anyway and letting people use it for free costs relatively little.

In both these models, there is a fully commercial motive for giving away the ‘free beer’ and users can only use the service as specified and have no further rights in relation to the products. 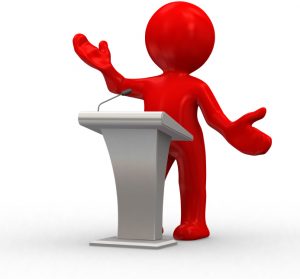 Free as in Speech, aka libre, is a different matter. This is where the freedom to use, distribute, alter, sell and incorporate a product into other products is given as a right to anyone that wants it. While there are distinctions (on which I’m rather vague) between Free Software and Open Source, the main thrust of the argument can be presented as it is on Wikipedia:

The philosophy of the movement is that the use of computers should not lead to people being prevented from cooperating with each other. In practice, this means rejecting “proprietary software”, which imposes such restrictions, and promoting free software, with the ultimate goal of liberating everyone in cyberspace – that is, every computer user. Stallman notes that this action will promote rather than hinder the progression of technology, since “it means that much wasteful duplication of system programming effort will be avoided. This effort can go instead into advancing the state of the art”.

It is, as such, then a social movement for the free movement of intellectual ideas and collaboration that happens to have the development and distribution of software as its main output (for now anyway). It also syncs very well with the third sector which has always sought to share the benefits of our advancing society with everyone so more power to it.

Free, as you know, is a much-bandied term these days. Mostly, it’s fairly easy to work out how you’re paying for your ‘free’ or who else is. On the internet, it’s often the case that, when you’re getting something for free, it is you yourself is the product – i.e. someone with a credit card that can be induced to spend money through advertising.

As for me, I’m a big advocate of intellectual freedom and sharing. I think it is the best future for all of us. At the same time, I won’t say, “No!”, to a free beer!