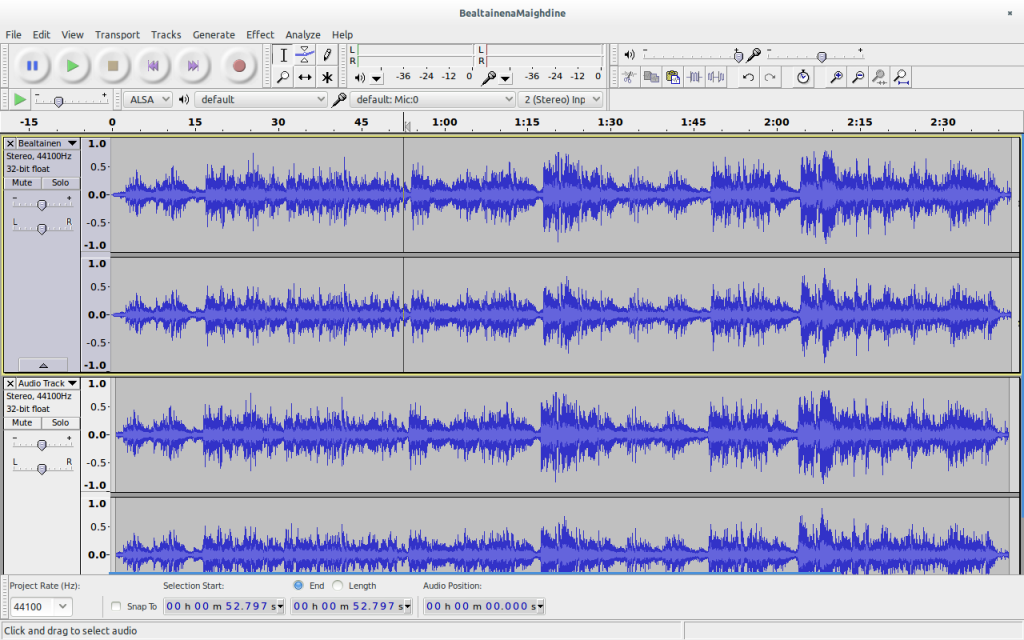 I don’t have a whole lot to say about Audacity except that it goes on every machine that I work on as a matter of course. I never really have a huge amount to do in sound editing and recording but do regularly come across the need to clip sound, convert formats, boost levels, add fade-in and fade-out. However, there are lots of other tools in Audacity the purpose of which are a mystery to me.  Anyone know what amplitude envelope editing is? I’m sure I don’t.

You can read a feature list over on Wikipedia as well as a list of things Audacity doesn’t have. If you don’t know what it means, chances are it won’t ever bother you that Audacity can’t do it. Just a note: if you want to work with .mp3 and some other file formats, you’ll have to install Lame and FFmpeg which you can get here. Some formats, such as mp3, are proprietary and therefore are not included with the main programme. Installation of the extra bits is very simple though so don’t be put off. Audacity has been downloaded 76.5 million times already. Be 76.5 million and one at www.fosshub.com.