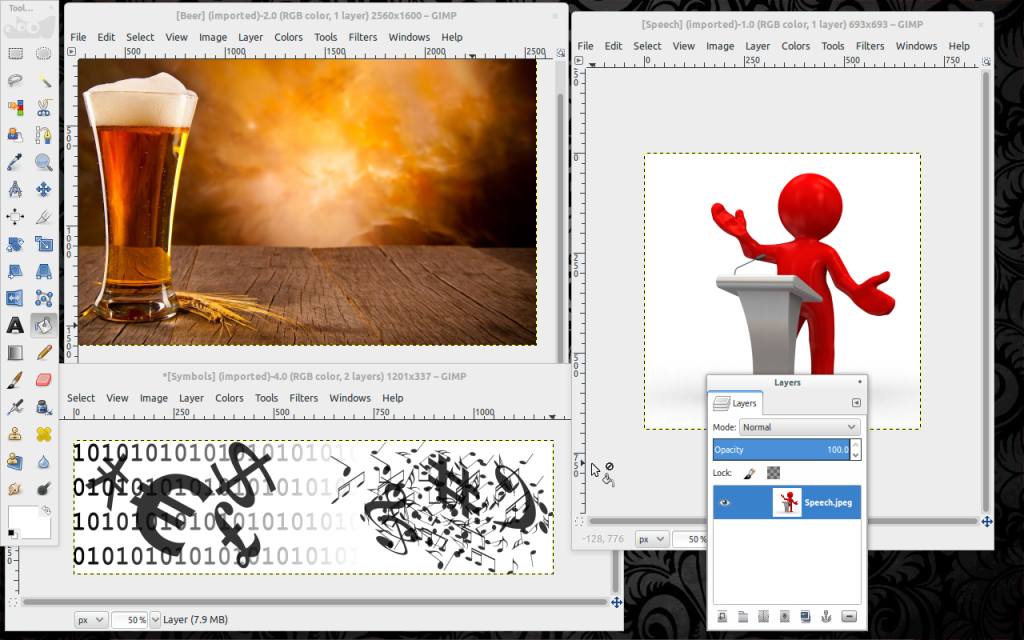 Always known to me as ‘the unfortunately titled GIMP’ due to its association with the character in Pulp Fiction and all that goes with that, GIMP is fully titled GNU Image Manipulation Program (also containing the recursive acronym GNU for ‘GNU’s Not Unix!’ but that’s another story).

If you want a photo editor with lots of power for your (no) money, then GIMP should definitely be on your shopping list. Described by some as ‘not as user-friendly as some others’, that is the price of having a huge range of options available to you along with lots of plugins that can be added for extra functionality. If all you want is to make a few changes to photos such as change lighting and remove red-eye, there are probably better photo editors out there for you but if you think you might want to get creative, then it is well worth your while.

You can pick up your free copies of GIMP at www.gimp.org and get learning at www.gimp.org/tutorials. Also, if there is something specific you want to do with a photo or picture, just tell Google what it is you want to do in your own words and someone will have kindly put a tutorial somewhere on the web to let you know how to do it.

The original banner for this site was made with a mixture of graphics created in Inkscape blended in GIMP with a nice photo of beer taken from the web.

[Update – I’ve removed the banner and abandoned sidebars in favour of a better website. You can view the old banner here.]