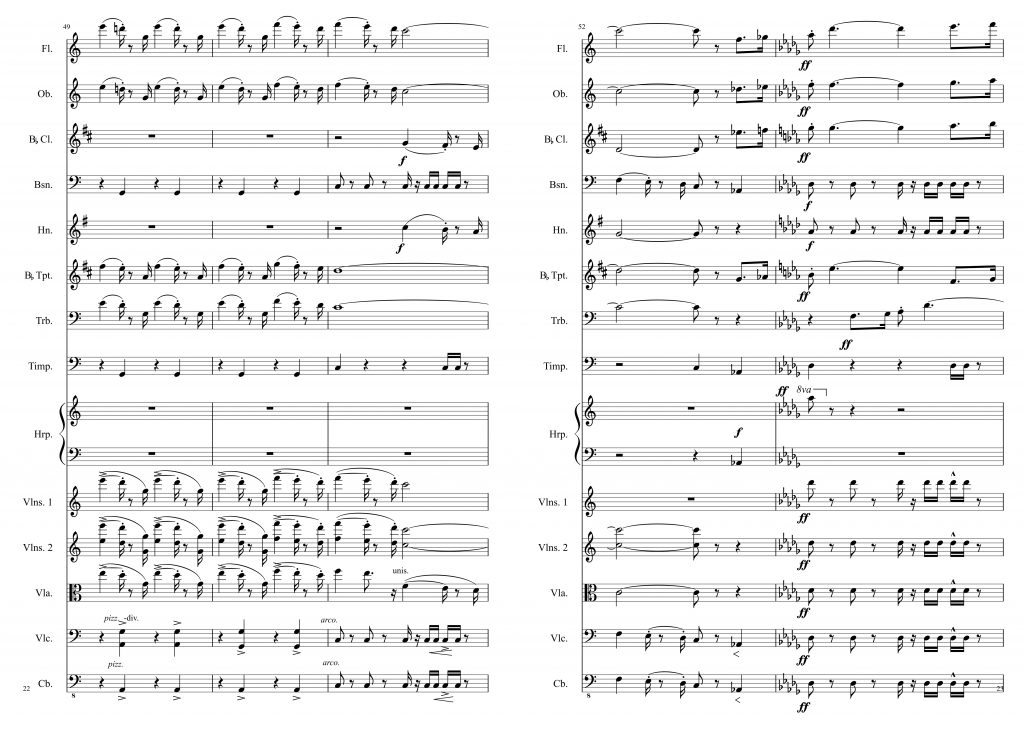 As a long-time user of Sibelius, I was most intrigued to see that there was Open Source competition entering the field in the form of MuseScore and LilyPond (more about that later). Having not spent much time typesetting for a few years, I arrived back to engage in some work in it again to find that the sound no longer worked on my copy of Sibelius 3 due to ‘upgrades’ in operating systems on both Mac and PC <rant> locking us into having to pay again for the same software that we already paid for </rant>. I use the sound feedback for proofing wrong notes and, therefore, ended up with a few strange transcriptional errors – particularly one piece that had the wrong key signature which I didn’t notice because I couldn’t hear that it sounded rather odd!

I did have a try on the aforementioned LilyPond which has a certain appeal to me as someone who writes code – you type it all out in a text editor and it then renders it on-screen – but, again, the lack of sound feedback was a problem for me. Then I hit on MuseScore which was just what I thought I was looking for. The layout, whilst not perfect, is very good and seems to be almost identical to Sibelius (which is also very good but not perfect). For me, there was just one problem though with the note input. I use a computer keyboard for entering notes and reconfigure the keyboard so I have two keypads – one for pitch and the other for duration. Unfortunately, entering a C# in the key of C involves typing the C and then hitting the up arrow to add the sharp, thus hearing both C and C# which completely confuses my ability to proof if I am already listening to wrong notes.

So, thus, I went and invested the €150 in an upgrade to my Sibelius and almost immediately regretted it. Firstly they have gone over to a Microsoft ribbon-style interface and done away with the menu system – appalled! Secondly, somewhere along the line in their upgrades they seem to have left out the ability to reconfigure the keys for certain actions that conflict with how I lay out my keypads – disaster! And thirdly, I’m convinced that the layout engine has actually disimproved between versions 3 and 7. Comparing some items between MuseScore and Sibelius, MuseScore performs better. MuseScore is also a lot more hackable, so if you don’t like how something looks, there is generally a workaround to make it look more to your taste.

My verdict on that upgrade is that I should have invested €70 in a two-octave midi keyboard instead and just gotten used to playing in the music. I can’t add articulations as I go that way but the change to my process would be less drastic than having to accommodate myself to a piece of software that has gotten worse over time.

MuseScore has recently graduated to version 2.0 with lots of improvements in how it works. I had problems with large scores in version 1.4 in that it would run out of memory (possibly my machine rather than the software). However, the example shown above, Raiders March, scored for single winds, timp, harp and strings at about five minutes and sixty-five pages long seems to work fine and I simultaneously opened, played and entered notes in a 30-stave concert band version of Skyfall. While there was a slight lag on the notes appearing, it seemed to manage very well – and that’s on a ten-year-old laptop.

Raiders March isn’t a very complex score in terms of notation but it looks just fine – you can have a look at it as a .pdf here. You can also have a listen to the raw sound output without tweeking. It won’t fool anyone that it’s a real orchestra but if you’re into producing sound files from your scores, you can download and install extra sound fonts. You can listen to the output for this score in the player below. (Incidentally, in the .pdf, there is a seriously dodgy e natural in the trombone at bars 36 and 38 which I have changed to an e flat for the recording.) You can download lots of scores as pdfs, MuseScore files (.mscz), MusicXML, Midi and .mp3 at musescore.com but be warned, you’ll have to kiss some frogs and, as the errant e natural in this score shows, there is little in the way of quality assurance or proofing for scores that get posted to the site.

So, if you’re not already too heavily invested in Sibelius or Finale to make the change, do give MuseScore a test drive to see how it works for you. You can download it for free at musescore.org for Windows, Mac or Linux. There are also reading apps for Android and iOS.