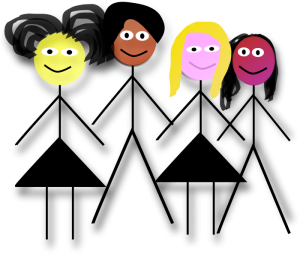 Again I come back to the idea that ‘There is no good reason why we can’t do well out of doing good!’ (A bit of a tongue-twister: I was talking to a friend about this the other day and she had to help me out as I couldn’t say the words in the right order 🙂 ).

The shortcomings of the guarantee company model in relation to the arts is something that has been on my personal ‘banging-on-about’ list for some time now, reasons being:

That’s absolutely not to say that this is always, or even mostly, the case but it does stricture artists and companies in the pursuit of their goals (many of which coincide significantly with the promotion of the general good). Well and good, you might say, as it is a restriction on the funding of ‘irrelevant’ art – in this sense art that is irrelevant to the promotion of social good and, therefore, not something that the state should be funding or giving tax breaks to.

So, let’s look at the commonly applied restrictions in the guarantee company, restrictions that are common to not-for-profits in many parts of the world:

Companies operating under these restrictions and related unconstituted organisations are said to make up the third-sector, the first two being private enterprise and government (in which order, I’m not sure). (This is not ‘three sector theory’ by the way – that’s about something else entirely).

Enter, finally, the idea of the ‘for-benefit’ company – the fourth sector. Where better to find a concise explanation than fourthsector.net?

Over the past few decades, the boundaries between the public (government), private (business), and social (non-profit) sectors have been blurring as many pioneering organizations have been blending social and environmental aims with business approaches. There are many expressions of this trend, including corporate social responsibility, microfinance, venture philanthropy, sustainable businesses, social enterprise, privatization, community development and others. As this activity matures, it is becoming formalized as a ‘Fourth Sector’ of the economy.

Currently, the structures of for-benefits that I can find seem to be based on regular for-profit structures but with a ‘triple bottom line’ built into their governing documents: financial, social and environmental. They don’t benefit from tax breaks as do the not-for-profits. Which is a shame and hopefully something that will change.

I personally don’t buy in to the idea of a fourth sector. From my point of view it can be looked at in two ways:

Elsewhere on this site, there is a very interesting talk by Dan Pallotta on how the third sector hampers its own growth by refusing to act in a business-like fashion. So, in the fourth sector, we are seeing the emergence of a missing piece of economic activity – those who want to do good whilst also doing well out of it, those who want to do well whilst also doing good.

So, now, outside of government, we have the emergence of a sliding scale from pure profit motive to pure impact motive.

Given that this is the week in which the news broke that Volkswagen (and probably many other car manufacturers) have been engaging in what can really be described as a crime against the planet, never mind humanity, it is high time that the government started taxing bad intentions to the hilt and giving the benefit to good intentions that secure our present and our future prosperity. How might this happen? My initial thoughts are sliding scales of restrictions and taxes:

Is this anything new? Yes, because it acknowledges that within the for-profit sector there are different levels of impact on the social and environmental good. Companies that operate ethically in this was could be given the competitive edge of lower taxes and profitability could be better found by doing less damage to people and the planet.

Is it feasible? There is a long way to go on that. Just like with the movements for socialism in the twentieth century (not counting the totalitarian dictatorships), there is the slight problem of the vested interests of wealth and profit that have a strong hold on the strings of government. Currently, it seems, it’s quite okay to put the concept of quarterly profit reports ahead of the future of our species and the planet. You’ll only have to resign if you get caught and possibly face censure because you have damaged the reputation of your country as a trustworthy manufacturing nation.

In terms of the market economy, I’m all for it. The market has a dynamism that collectivised forms of economic organisation seem to lack. However, the market needs to serve all the people, just as the government should. I’m happy to say ¥€$ to profit so long as it is to the greater benefit and not just feeding us to the invisible hand.

At the end of the day, I think that doing well whilst doing good is a good idea. I don’t like doing well whilst not doing good and doubt the existence of a middle-ground on the matter. If you’re not part of the solution … I’m catching up on my economics study and I’m sure I’ll be returning to the topic.